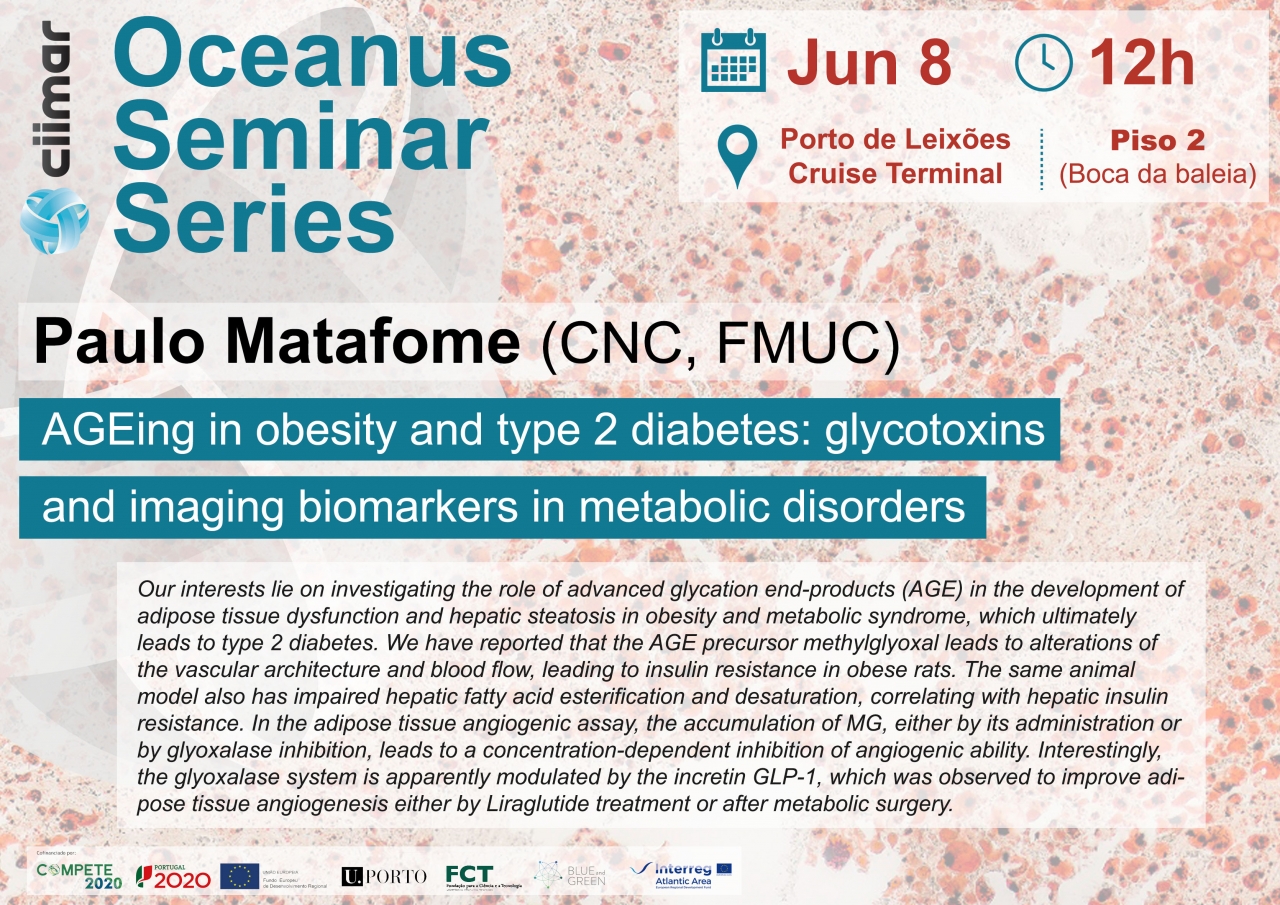 Our interests lie on investigating the role of advanced glycation end-products (AGE) in the development of adipose tissue dysfunction and hepatic steatosis in obesity and metabolic syndrome, which ultimately leads to type 2 diabetes. We have reported that the AGE precursor methylglyoxal leads to alterations of the vascular architecture and blood flow, leading to insulin resistance in obese rats. The same animal model also has impaired hepatic fatty acid esterification and desaturation, correlating with hepatic insulin resistance. In the adipose tissue angiogenic assay, the accumulation of MG, either by its administration or by glyoxalase inhibition, leads to a concentration-dependent inhibition of angiogenic ability. Interestingly, the glyoxalase system is apparently modulated by the incretin GLP-1, which was observed to improve adipose tissue angiogenesis either by Liraglutide treatment or after metabolic surgery.