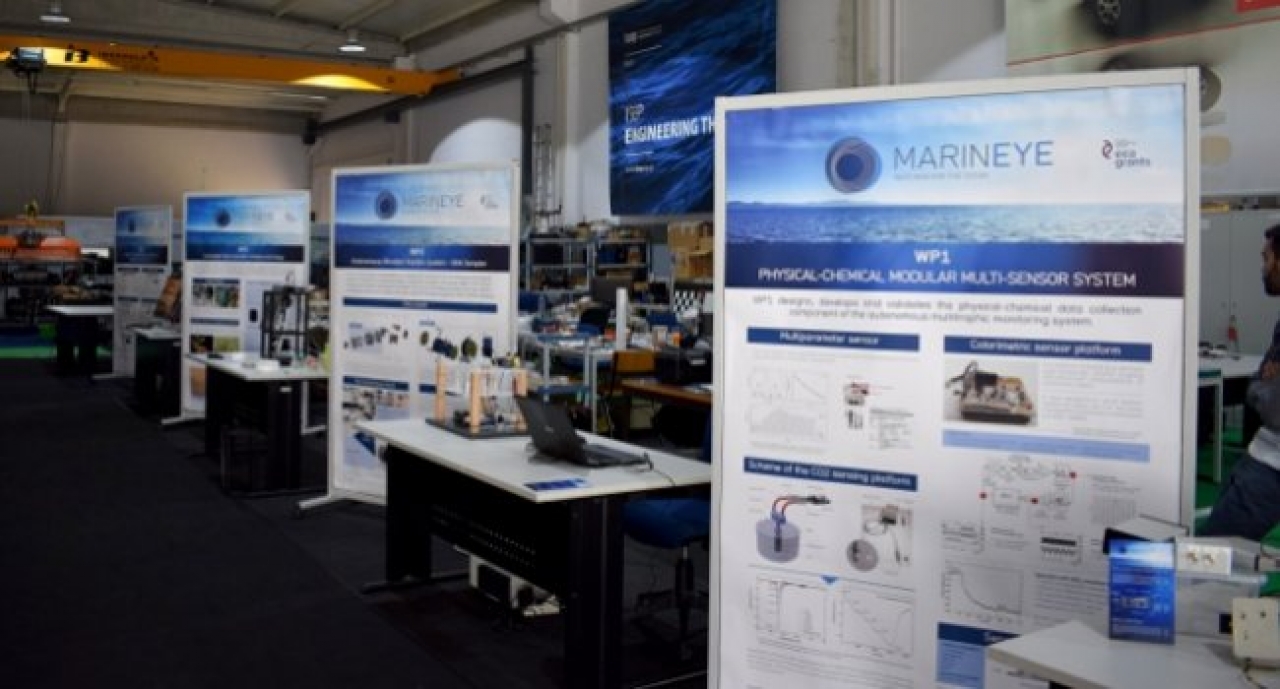 MarinEye is a new concept of Ocean observation. It is an autonomous system that integrates the different important compartments of our ocean by generating biological, physical and chemical data sets synchronized in time and space. It applies an holistic approach by integrating distinct autonomous technology to observe the different compartments of the oceans at the same time scale.

This multitrophic autonomous system will be installed and used in several marine observatories, namely the Cascais Watch station. the Berlengas Watch station (in a marine protected area), in the platform buoys of the RAIA oceanic observatory (offshore the North West Iberian Atlantic margin).

MarinEYE was presented at the Centre of Robotics and Autonomous Systems of INESC TEC where the different technologies of the multitrophic system were showed.

The project, led by CIIMAR, was developed in collaboration with several Portuguese research groups namely the Institute for Systems and Computer Engineering, Technology and Science (INESC TEC), the Portuguese Sea an Atmosphere Institute (IPMA) and the Centre for Marine and Environmental Sciences of the Polytechnic of Leiria (MARE - IP Leiria).