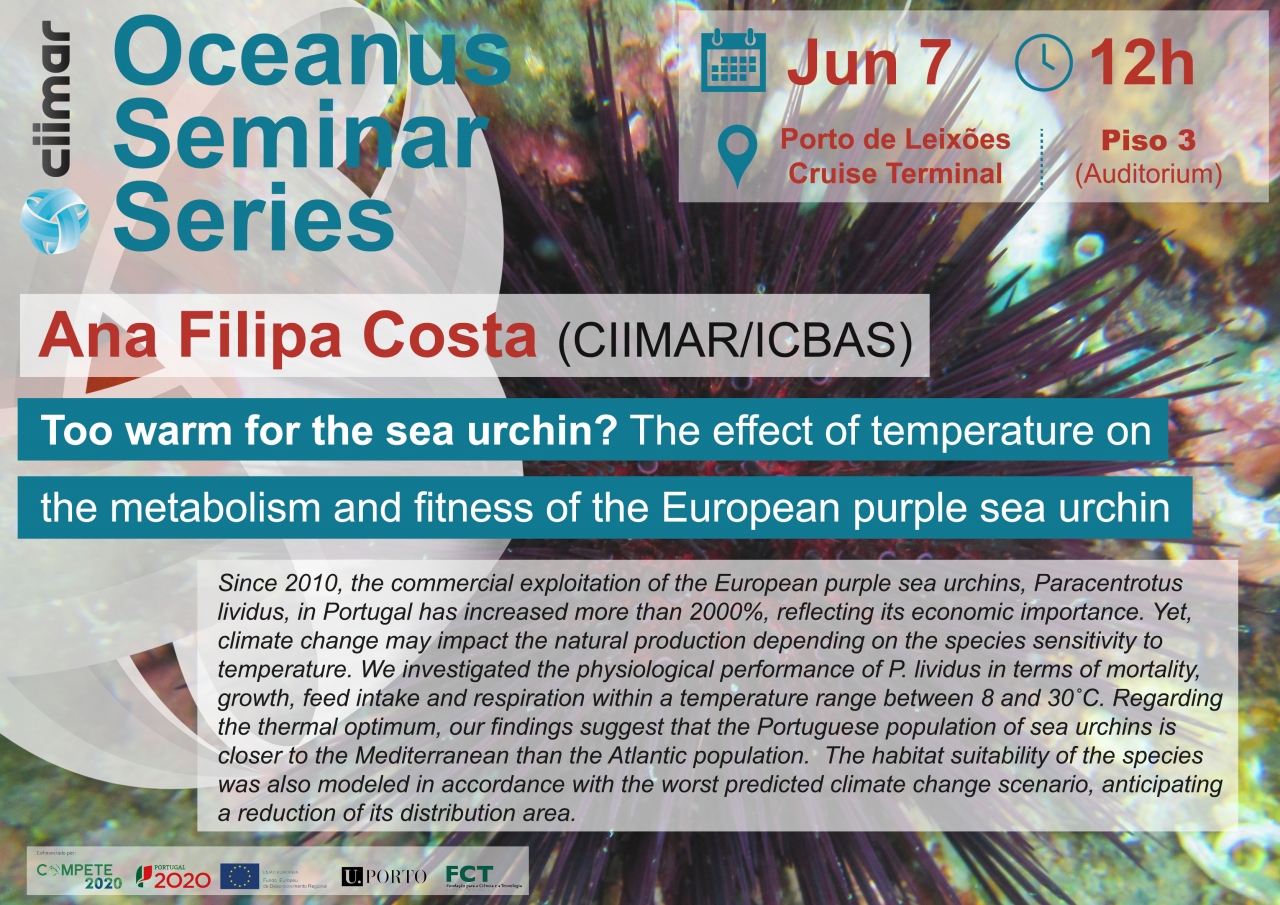 Too warm for the sea urchin? The effect of temperature on the metabolism and fitness of the European purple sea urchin, Paracentrotus lividus.

Since 2010, the commercial exploitation of the European purple sea urchins, Paracentrotus lividus, in Portugal has increased more than 2000%, reflecting its economic importance. Yet, climate change may impact the natural production depending on the species sensitivity to temperature. We investigated the physiological performance of P. lividus in terms of mortality, growth, feed intake and respiration within a temperature range between 8 and 30˚C. Regarding the thermal optimum, our findings suggest that the Portuguese population of sea urchins is closer to the Mediterranean than the Atlantic population. The habitat suitability of the species was also modeled in accordance with the worst predicted climate change scenario, anticipating a reduction of its distribution area.