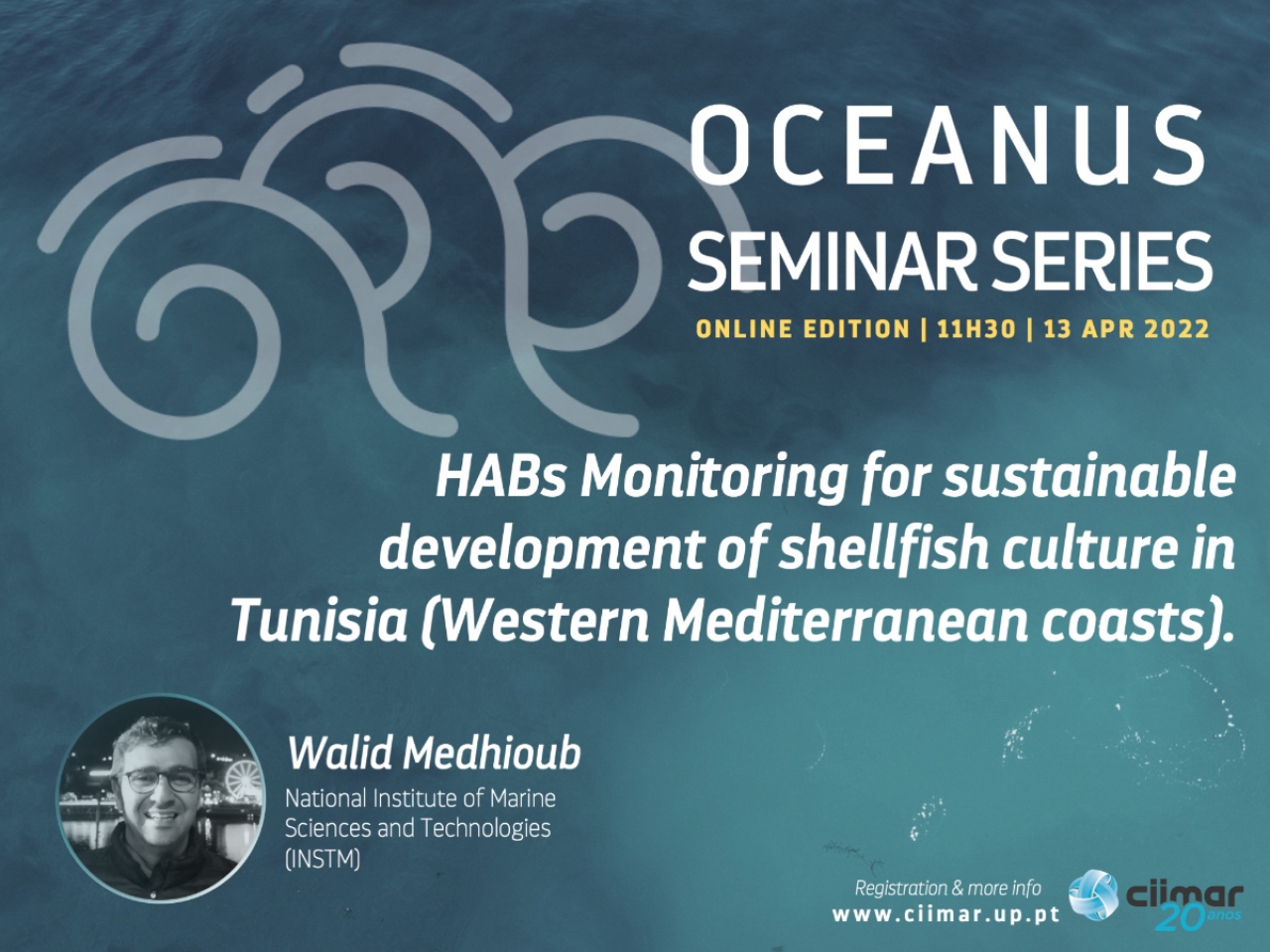 In Tunisia shellfish production consist mainly of clams Ruditapes decussatus in the Gulf of Gabès (south coast), mussels Mytilus galloprovincialis and oysters Crassostrea gigas in bizerte lagoons (north cost). Most of the production of Tunisian shellfish is exported to the European Union and this activity generates a significant number of jobs. For these reasons, shellfish culture is considered by the public authorities as important activity to be supported. However, shellfish culture developed close to the coast is directly conditioned by the environmental factors and the quality of the marine environment such as the proliferation of HABs (Harmful Algal Blooms).

Online webinar through this LINK.

If you are a CIIMAR member you can also access last seminars recordings through the LINK.