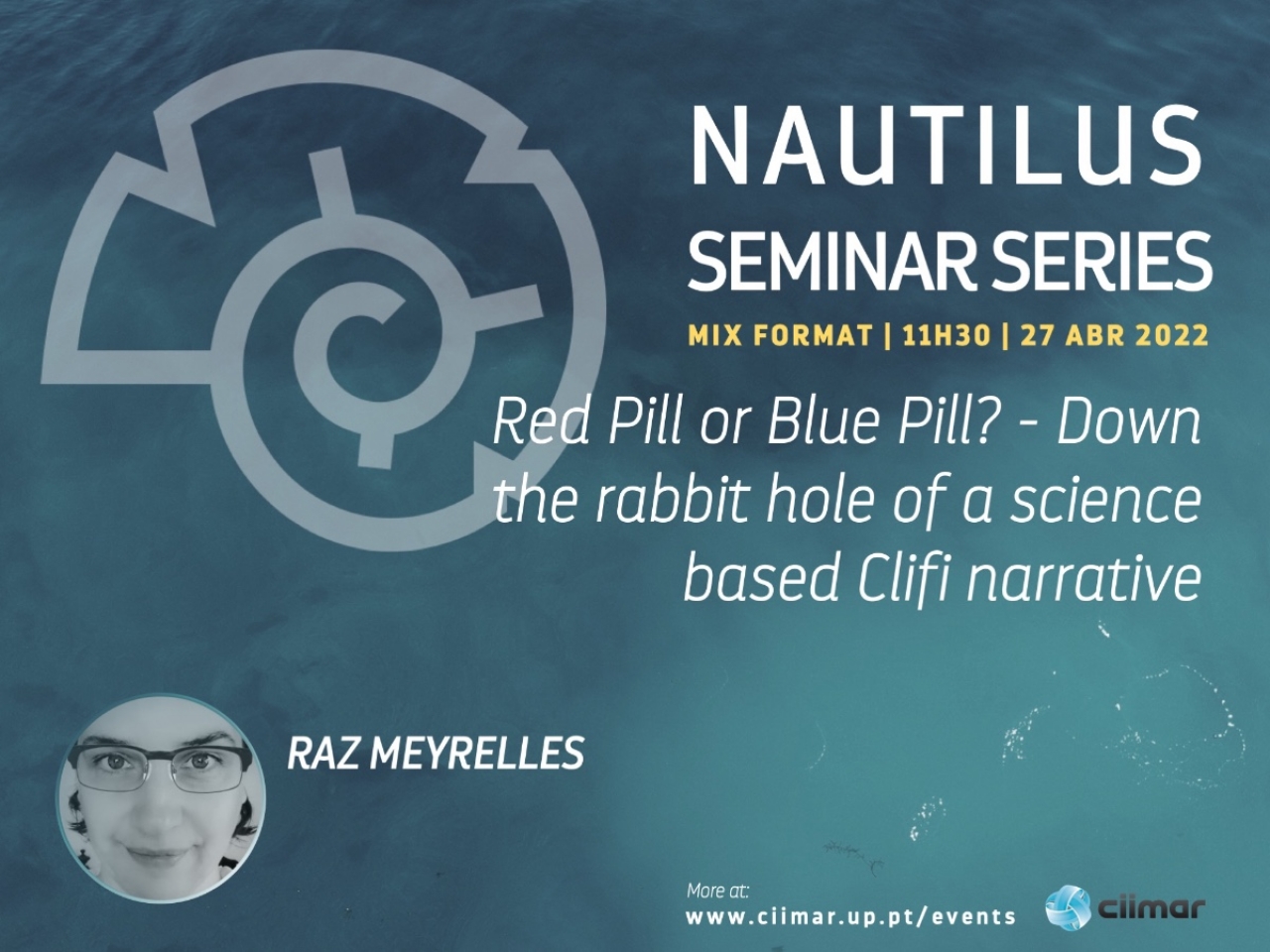 Title: Red Pill or Blue Pill? - Down the rabbit hole of a science based Clifi narrative

Science has reached a point of specialization and fragmentation that forces scientists to cooperate and integrate different expertises and build models of reality to make it through these challenging times of climate change (example: predictive scenarios).
Still, more often than not, imagined situations fall short of reality itself…
[...]...Why sometimes I’ve believed as many as six impossible things before breakfast. [...]
[...] "What is the use of a book… without pictures and conversation?"[...]
- “Alice in Wonderland” L. Carrol
In this talk, I’ll present a project, recently initiated, that uses 3D/VR graphics to illustrate a narrative that tells stories of imagined future earth{s}, scientifically based. So I'll need to have quite a few conversations with scientists to build these realities... care to join me?

This is a mix format evento at CIIMAR headquartets (mandatory registration to divulgacao@ciimar.up.pt) and online through this LINK.

If you are a CIIMAR member you can also access last seminars recordings through the LINK.