The Role of the Ocean in Climate Change 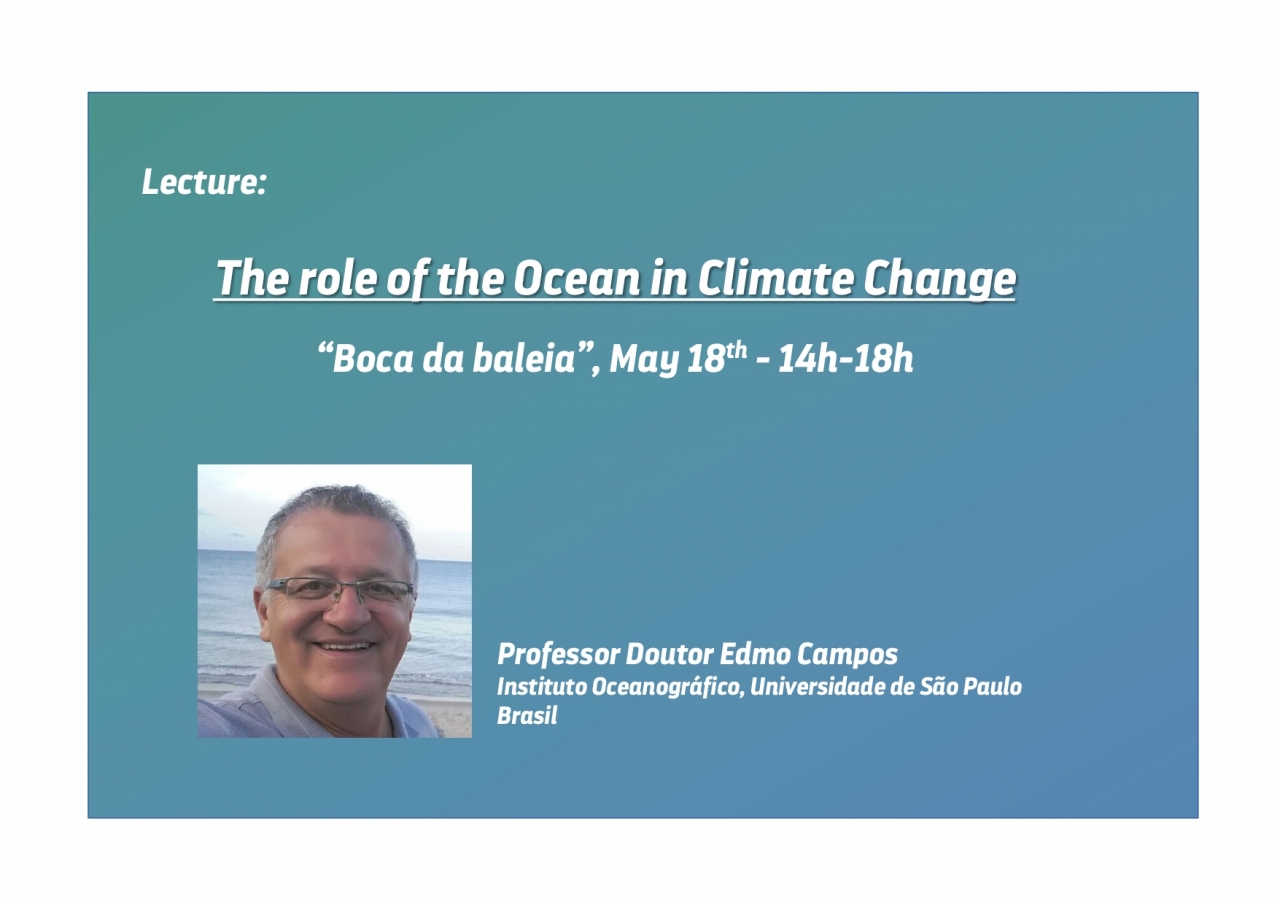 Mini-course "The Role of the Ocean in Climate Change" with Professor Edmo Campos of the Oceanographic Institute, University of São Paulo (Brazil). This course will take place at Boca da Baleia (CIIMAR Headquarters) on May 18 from 2pm to 6pm and on-line.

The course is subject to registration to famorim@ciimar.up.pt up to 40 people on face-to-face format but has no limit for the online session. The link will be sent to subscribers the day before the course

The Role of the Ocean in Climate Change

The specific heat of water is one of the highest among all substances commonly found in nature. Relatively, large quantity of heat is required for small changes in temperature, as compared to almost all substances. This makes water an efficient thermal regulator. On Planet Earth, approximately 71 per cent of the surface is covered with a layer of water with mean depth of about 4 thousand meters. This enormous mass of water is not standing still. It is in constant motion, in different spatial and time scales, both horizontally and vertically. Together with the atmosphere, the ocean plays a key role the climate system, transporting and redistributing excess heat and fresh water over the entire surface of the planet. In this way, the ocean contributes to the attenuation and mitigation of variabilities in the climate system, what permitted the appearance and evolution of life, and its maintenance on Earth. However, despite its large thermal inertia, the ocean is also affected by the global warming. Throughout the past century, the ocean has absorbed over 90 percent of the excess energy injected by humankind in the atmosphere. As a result, the ocean is also being warming up, slowly but inexorably. From 1990 to 2015, the ocean sequestered over 2.0 x 1023 Joules, the equivalent to 5 Hiroshima bombs exploding every second during the same period (Cheng et al., Adv. In Atmos. Sci. 37, 137-142, 2020). Because of the ocean’s high thermal capacity, this humongous amount of energy caused an increase of only about 0.1oC in the mean temperature. This may seem to be a small number, but it is not. Small changes in the water temperature may cause abrupt changes in the ocean circulation, with dramatic consequences for the climate system.

In this lecture we will cover the basic principles of the large-scale ocean circulation and the mechanisms by which the ocean contributes to the climate system. We will also briefly discuss our present knowledge of the impacts of the global warming on the ocean, and possible feedbacks of a changed ocean.