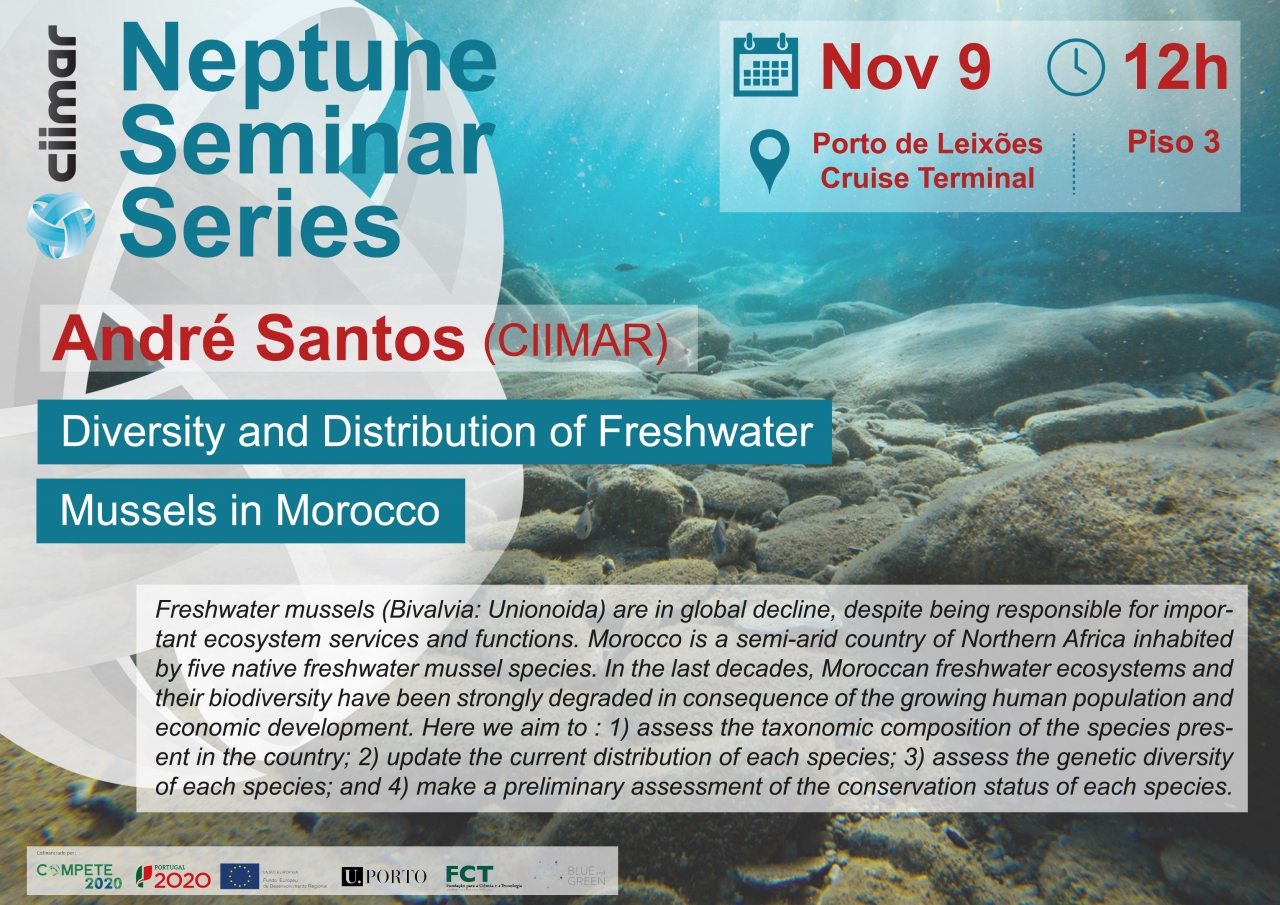 Diversity and Distribution of Freshwater Mussels in Morocco

Freshwater mussels (Bivalvia: Unionoida) are in global decline, despite being responsible for important ecosystem services and functions. Morocco is a semi-arid country of Northern Africa inhabited by five native freshwater mussel species. In the last decades, Moroccan freshwater ecosystems and their biodiversity have been strongly degraded in consequence of the growing human population and economic development. Here we aim to : 1) assess the taxonomic composition of the species present in the country; 2) update the current distribution of each species; 3) assess the genetic diversity of each species; and 4) make a preliminary assessment of the conservation status of each species.