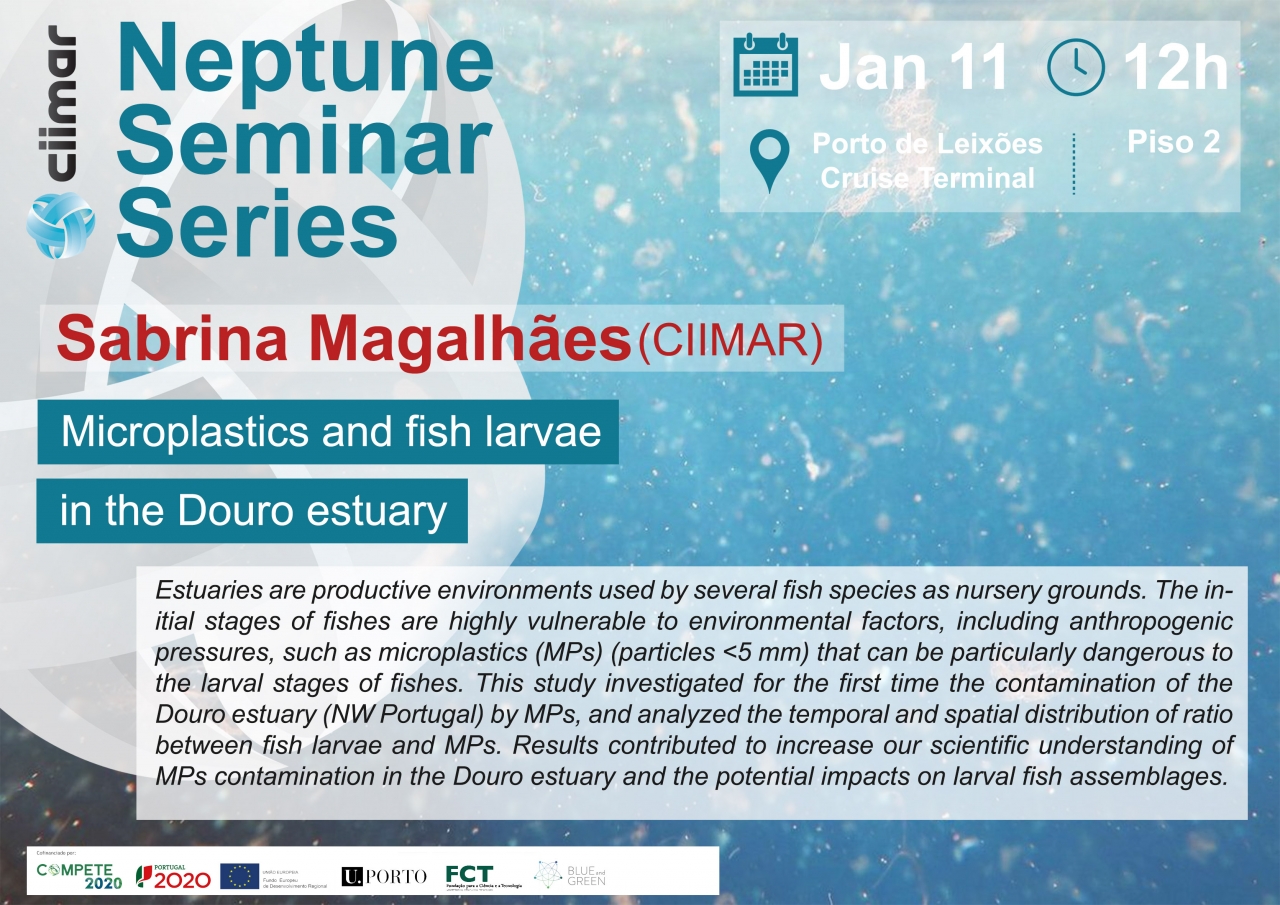 Microplastics and fish larvae in the Douro estuary

Estuaries are productive environments used by several fish species as nursery grounds. The initial stages of fishes are highly vulnerable to environmental factors, including anthropogenic pressures, such as microplastics (MPs) (particles <5 mm) that can be particularly dangerous to the larval stages of fishes. This study investigated for the first time the contamination of the Douro estuary (NW Portugal) by MPs, and analyzed the temporal and spatial distribution of ratio between fish larvae and MPs. Results contributed to increase our scientific understanding of MPs contamination in the Douro estuary and the potential impacts on larval fish assemblages.