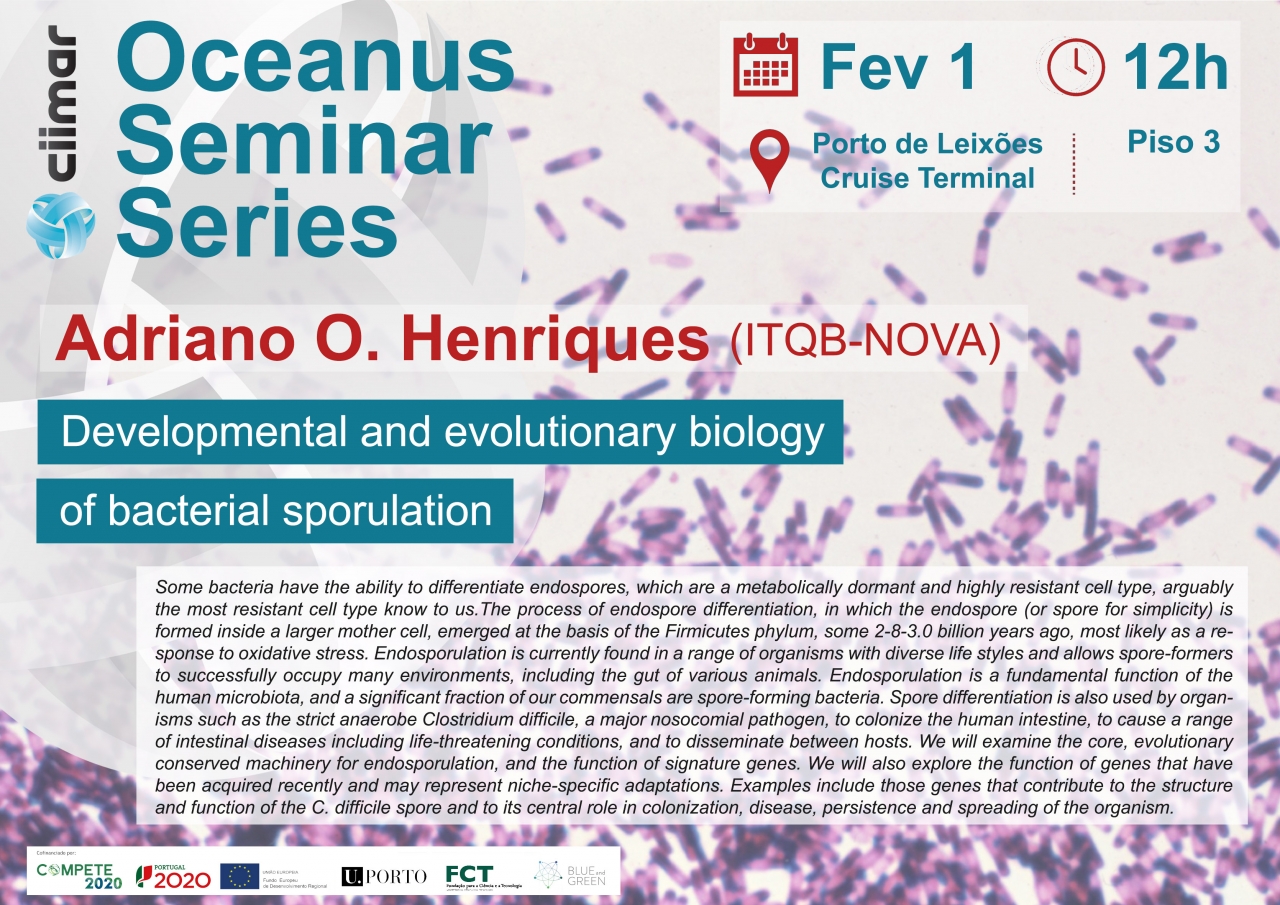 Some bacteria have the ability to differentiate endospores, which are a metabolically dormant and highly resistant cell type, arguably the most resistant cell type know to us.The process of endospore differentiation, in which the endospore (or spore for simplicity) is formed inside a larger mother cell, emerged at the basis of the Firmicutes phylum, some 2-8-3.0 billion years ago, most likely as a response to oxidative stress. Endosporulation is currently found in a range of organisms with diverse life styles and allows spore-formers to successfully occupy many environments, including the gut of various animals. Endosporulation is a fundamental function of the human microbiota, and a significant fraction of our commensals are spore-forming bacteria. Spore differentiation is also used by organisms such as the strict anaerobe Clostridium difficile, a major nosocomial pathogen, to colonize the human intestine, to cause a range of intestinal diseases including life-threatening conditions, and to disseminate between hosts. We will examine the core, evolutionary conserved machinery for endosporulation, and the function of signature genes. We will also explore the function of genes that have been acquired recently and may represent niche-specific adaptations. Examples include those genes that contribute to the structure and function of the C. difficile spore and to its central role in colonization, disease, persistence and spreading of the organism.