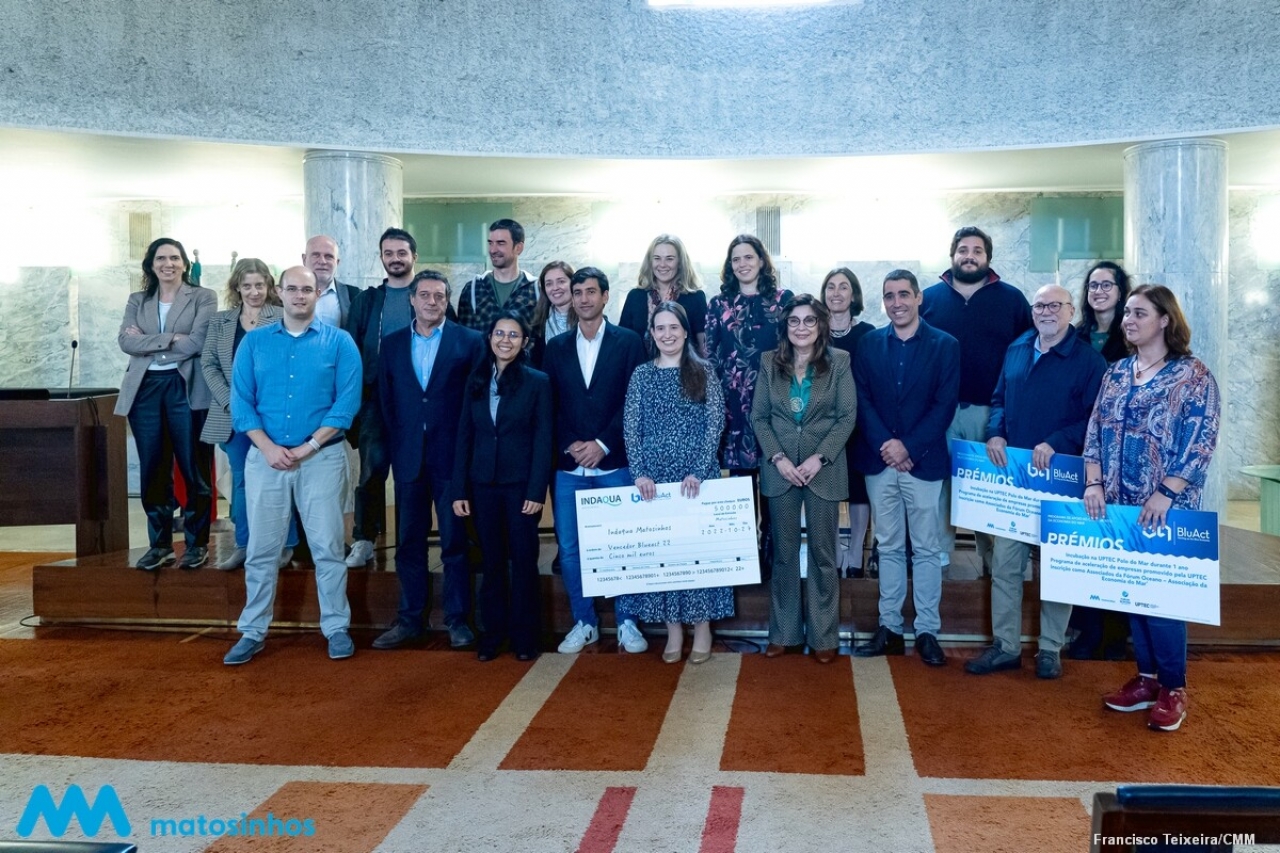 The 2nd edition of BluAct, the entrepreneurship competition that aims to stimulate the blue economy in a sustainable way, was held yesterday at the Salão Nobre da Câmara Municipal de Matosinhos, where the four projects were presented.

Two spin-offs of CIIMAR, Fykia Biotech, and ISS - Inclita Seaweed Solutions Lda, were in competition, the latter having won the 2nd prize of this edition.

The prizes awarded to the finalists include incubation at UPTEC Polo do Mar for one year, access to the acceleration program for companies supported and promoted by UPTEC and membership in Forum Oceano - Economy of the Sea Association, with exemption of membership fee for the first two years, if they are constituted as a company.