Pollution and marine litter are serious problems to be addressed in order to ensure the Good Environmental Status of the Ocean. This project financed by EEA Grants aims to promote the Ocean Literacy and to raise awareness of school community and general public about the problem of pollution and marine plastic debris.
Numerous hand-on laboratorial activities, lectures and beach cleaning actions were conducted in several partner schools. Initiatives were directed for students of different levels of education to be held both in the classroom and outdoors, and in a context of non-formal education. An itinerant exhibition “Plastic Sea” was produced with a combination of art objects, sensory areas (plastic corridor), multimedia (animation videos) and roll-up panels mostly with graphic contents (infographics and illustration).
A national student’s contest was organized with four categories of participation: awareness panel, recyclart, photography and infography.
The use different educational approaches and products were used in a complementary way to raise awareness among younger generations and the problem of Ocean pollution and the need for adoption of responsible individual behavior. 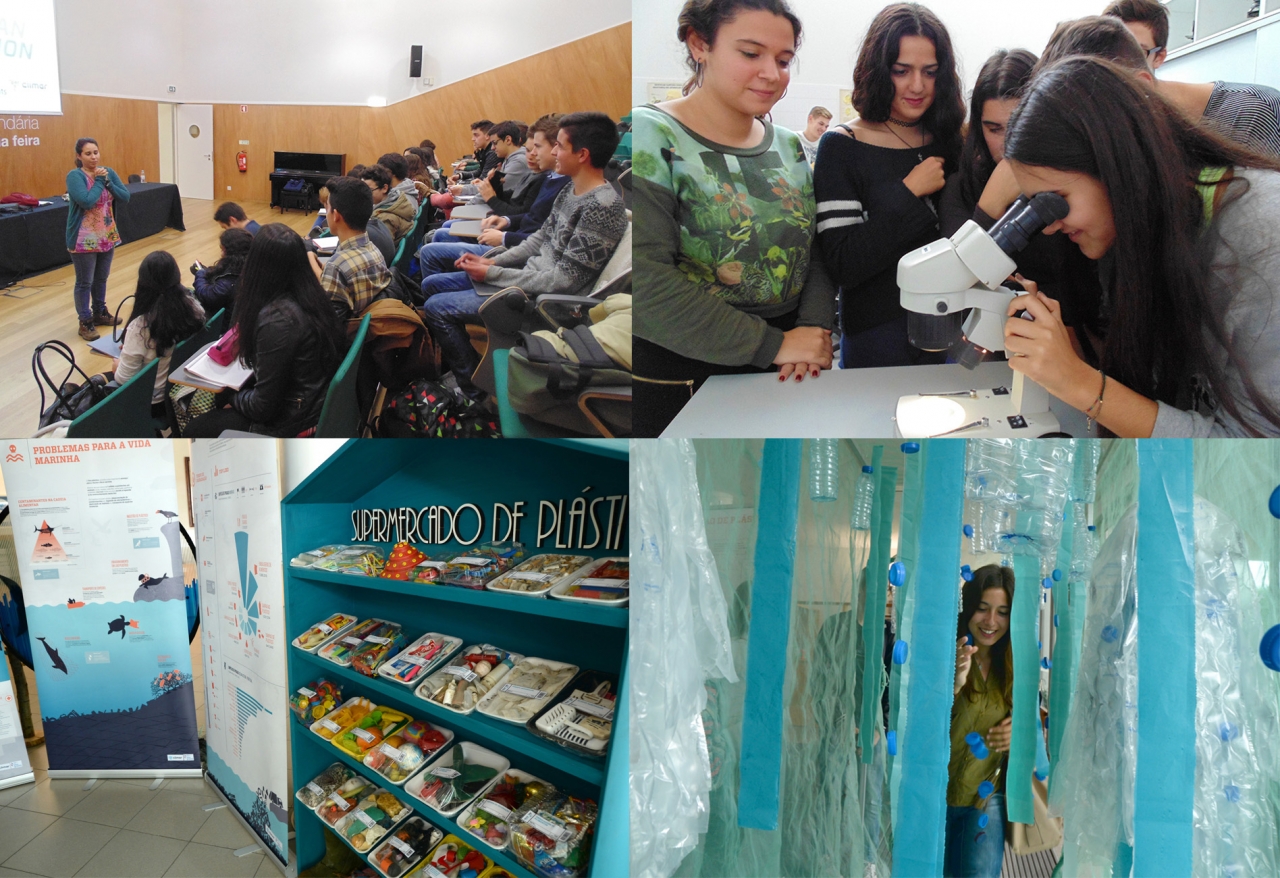